Many diseases require aging to see onset. We believe that the primary reason for the absence of breakthroughs for a host of both neurodegenerative and neuromuscular diseases, is because investigations have been focused on downstream events, when the issue may be upstream at the mitochondria.

Recently, our research suggests that micro-doses of mitochondrial modulators may be the answer to preventing the onset or attenuating disease progression. Our mission is to develop this platform for the treatment of truly time sensitive insidious diseases and open the door for new advances in areas with significant unmet medical need.

Neurodegenerative diseases are commonly associated with overt Reactive Oxygen Species (ROS)/free radical production, calcium (Ca2+) overload, reduced neurotrophins, increased cell death and mitochondrial dysfunction. Our original hypothesis that a pharmacological intervention that abolishes ROS production, reduces Ca2+ overload, and, improves the quality of the mitochondrial population by culling poor functioning mitochondria (lowers mTOR and increases autophagy) would be a “disease modifying” therapy that has now been validated with success in multiple animal models. To date, there are no effective disease modifying treatments for Huntington’s Disease, ALS, Wolfram Syndrome, Secondary and Primary Progressive Multiple Sclerosis (SPMS/PPMS), Alzheimer’s Disease, Parkinson’s Disease, Traumatic Brain Injury (TBI), and a legion other diseases associated with mitochondrial dysfunction, so it is our sole goal to resolve this issue as quickly as possible. Primary mitochondrial diseases, sometimes coined “mito”, with mutations either directly in the mitochondrial DNA or in a nuclear DNA for a protein the functions in the mitochondria, may also find benefits of the pleiotropic pharmacology.

All cells in the body have a highly evolutionarily conserved organelle called the mitochondria, except mature red blood cells (RBCs). The mitochondria coexist within the cell, dividing independently from the nucleus with their own DNA in a wonderful symbiotic relationship essential for life. Critical for human health is the normal functioning of the mitochondria. In its healthy state, mitochondria work to generate energy through ATP production from the metabolism of the food we eat. The mitochondria are unique in that it creates a steep proton (H+) gradient by pumping protons from the inside (matrix), to the outside (cytosol), that allows one H+ to return to form ATP from ADP and Pi. The production of ATP by the mitochondria, allows the cell to then generate energy to perform “useful work”. Because of this unique proton gradient difference between the mitochondrial matrix and cytosol, it is the only organelle, of all the organelles within the cell to have a pH basic environment.

With normal functioning mitochondria, the production of reactive oxygen species (ROSs) is a natural by-product of this Electron Transport system, but it occurs at low, non-destructive levels that are easily cleared by the body. Oddly, when energy levels are sufficient (ATP levels high and ADP low), the system can go in reverse and generate a burst of ROSs. To protect against this phenomenon the body also has a naturally occurring mechanism coined “proton leak”, to prevent ROSs from forming in the first place. It is believed to be an evolutionary biological event to slow aging. In fact, ~25% of the body’s potential energy is lost by protons leaking across the membrane and released as normal body heat.

One of the other key roles the mitochondria play for the cell besides generating ATP, is to take up free calcium (Ca2+) from the cytoplasm, and store it to since a Ca2+ is a signaling molecule. In fact, the mitochondria have a tremendous capacity to store calcium and it is critical for normal functioning cells, that cytoplasmic levels are kept low. However, common among many diseases (epilepsy, Duchenne Muscular Dystrophy, Becker’s Muscular Dystrophy, Huntington’s disease, etc.) there is poor mitochondrial and cytosolic calcium handling. When mitochondria levels rise too high due to endoplasmic reticulum (ER) stress due to misfolding of proteins, over excitation of neurons such as in epilepsy, loss of dystrophin or other factors, free calcium in the cytosol rise, and mitochondrial threshold can be exceeded. As a result, the mitochondria may be destroyed by the opening of the Mitochondrial Permeability Transition Pore (MPTP) and flood free calcium (Ca2+) into the cytosol, where neighboring mitochondria are obligated to take it up, thereby setting up a cascade effect with the eventual loss of the cell (myotubes, neurons, or others).

Similar to “proton leak”, which is a natural event, it is possible to mimic this effect with a pharmaceutical approach that modulates the mitochondrial physiology by acting as transporters of protons (H+) themselves, without synthesis of ATP. By modulating the mitochondrial physiology with drugs that deliver protons (cations) to the mitochondrial matrix, it is possible to not only change calcium influx to improve “poor calcium handling”, which is also a cation (Ca2+) and abolish overt ROS production, but to also simultaneously promote other critical factors that generate “disease modifying” pharmacology. Our oral bioavailable brain penetrant drugs also stimulate the generation new mitochondria by biogenesis (mitophagy), induce cAMP and neurotrophins in the brain that are critical to support neuronal growth and nourishment, such as Brain-Derived Neurotrophic Factor (BDNF). Since the mitochondria are unique among all the organelles within the cell for having a pH basic environment and due to the unique chemistry of our drugs, they specifically target the entire mitochondrial physiology.

It is essential to note, that with these mitochondrial modulators, all mitochondrial systems remain functional, but they are accelerated. In fact, by resolving mitochondrial dysfunction, which may be common to most, if not all neurodegenerative/neuromuscular diseases, it is possible to have a greater ATP output and ATP pool with mitochondrial uncoupling at low therapeutic doses, than without intervention. Although extremely high doses of mitochondrial uncoupler’s can induce weight loss, paradoxically our therapeutic doses for neuroprotection has proven to be weight preserving or weight neutral in all chronically treated preclinical indications tested to date (Alzheimer’s Disease, Multiple Sclerosis, Huntington Disease, Optic Neuritis, Parkinson, etc.).

We believe that the pharmacology produced by this pleiotropic effect, is key to resolving a host of neurodegenerative and neuromuscular diseases, and thus providing the first breakthrough medicine for insidious diseases with no effective treatments to date.

Our primary focus is on the treatment of insidious neuromuscular and neurodegenerative diseases. These diseases are aggressive with no available treatments and in most cases lead to significant morbidity and eventual death.

Adult Onset
• Multiple Sclerosis: Prevalence ~2.5 million WW, US estimate = 400,000.
• Traumatic Brain Injury (TBI): Leading cause of death and disability among children and young adults in USA. ~1.5 million Americans per year and ~230,000 are hospitalized and survive (CDC). 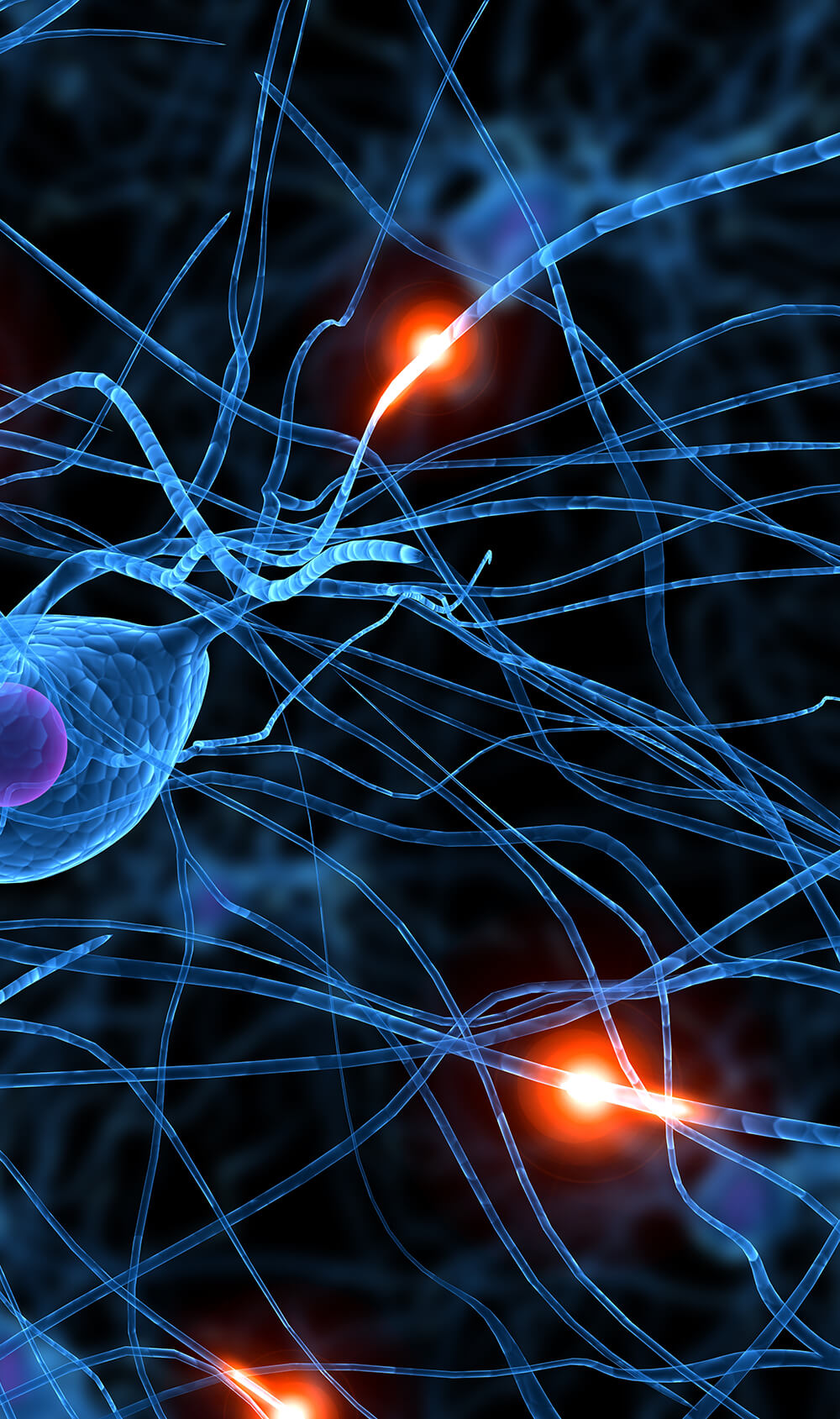